The Coldest place in Kazakhstan 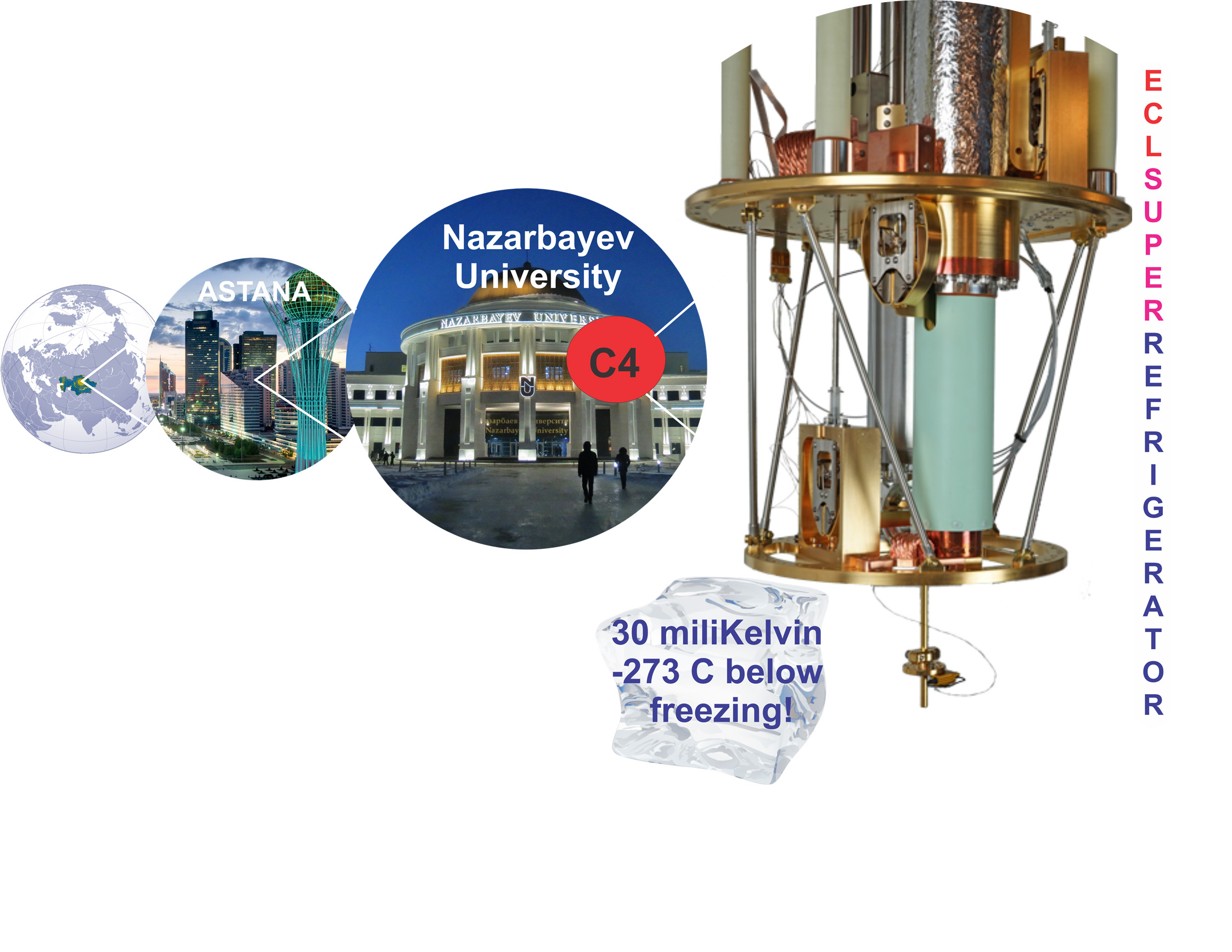 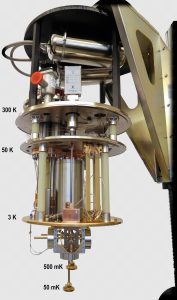 Fig. 1. Inside of the ECL refrigerator

Pulse tubes are based on causing a working gas to undergo a Stirling cycle which consists of a compressor and a fixed regenerator. The reliability and efficiency of pulsed tubes are higher than Stirling cycles machines theoretically and The process in Adiabatic Demagnetization Refrigeration (ADR) utilizes the magneto-caloric effect with a paramagnetic salt. (Gadolinium Gallium Garnet (GGG) paramagnetic salt pill, generating a 500 mK stage and a Ferric Ammonium Alum (FAA) paramagnetic salt pill, generating a 30 mK stage). The basic scheme of ADR process is shown below: 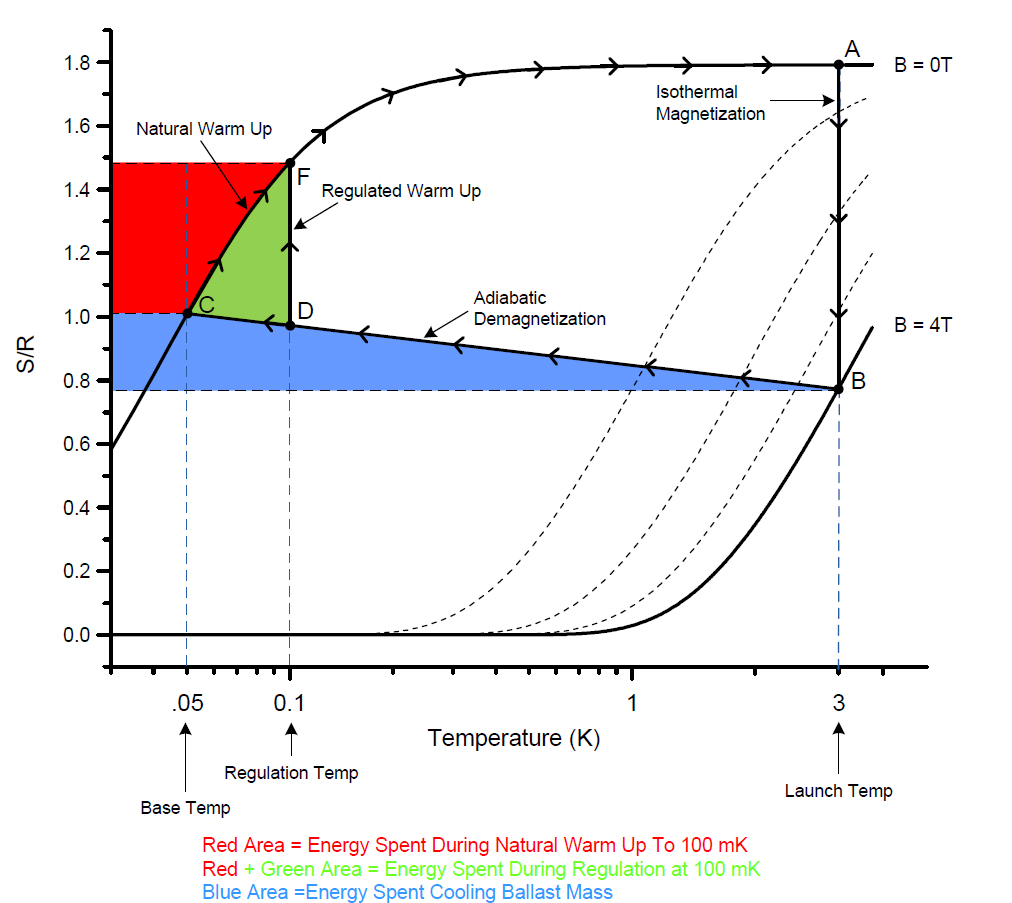 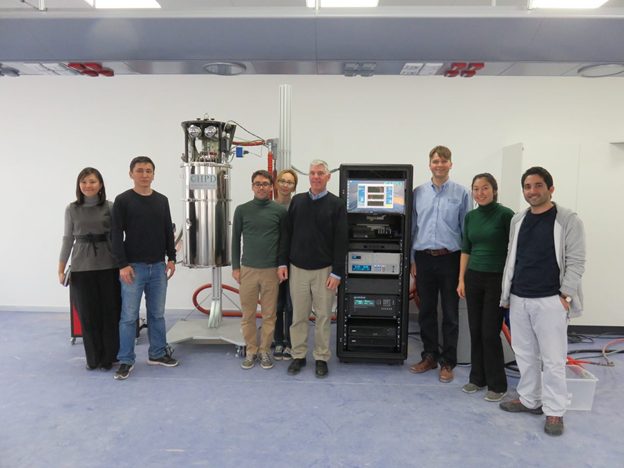