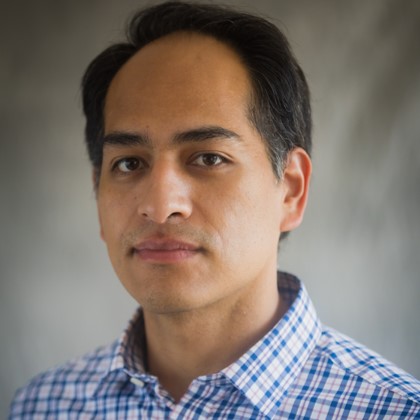 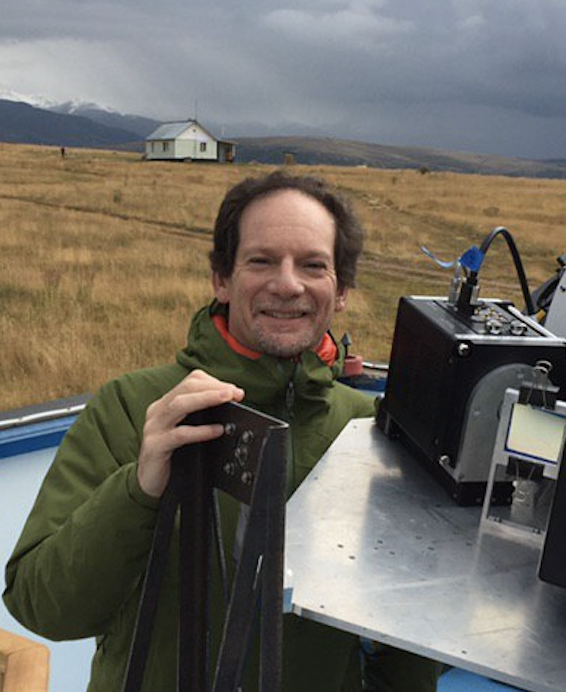 Abstract: NU has its very own, very special telescope, the NU Transient Telescope at Assy-Turgen Astrophysical Observatory (NUTTelA-TAO). This telescope, operating every clear night for more than a year, has been made to respond autonomously to alerts from orbiting space observatories. These space observatories send, within seconds, the locations of extremely energetic explosions from the distant cosmos. These events are fast – the bright emission is usually gone in about a minute, too fast for conventional telescopes to even begin measurements. I will describe the unusual technologies, some developed at NU, that allow our telescope to make an autonomous decision to observe such an alert, point at the target, and make very rapid “color videos”, that is, short time-resolved spectra, all in less than a minute. One of these technologies is what I call an “electron electronics trick.” All of this is necessary to understand the science of a 50 year old mystery: how these explosions make the light we see from them. 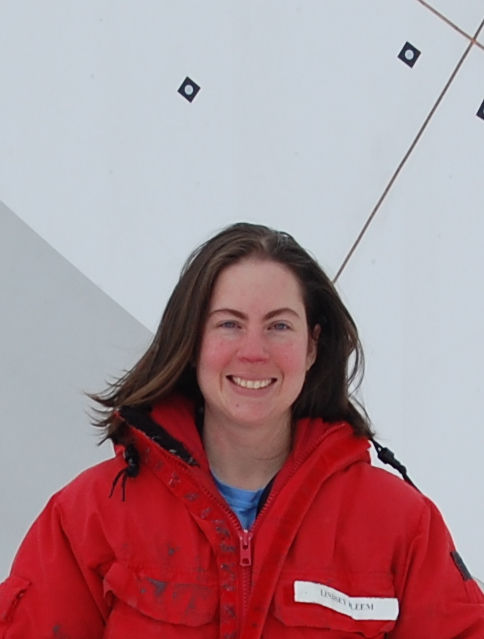 Title: The Origins and Fate of the Universe as Observed from the Bottom of the World

Abstract: Building scientific instruments that allow us to see what has never been seen before is challenging, fun, and powerful. I will describe the South Pole Telescope (SPT), a 10-meter millimeter-wavelength telescope located at the geographic South Pole in Antarctica. We use this to observe the cosmic microwave background (CMB)—the relic afterglow of the Big Bang—to learn about both the origins and ultimate fate of our Universe. Obtaining precision measurements of this faint signal is challenging and requires exquisitely sensitive astronomical instruments observing in conditions only achievable in space, at high altitude, or at a few remote sites on Earth! I will take you to Antarctica, highlighting recent scientific results and the powerful instrumentation that makes them possible. 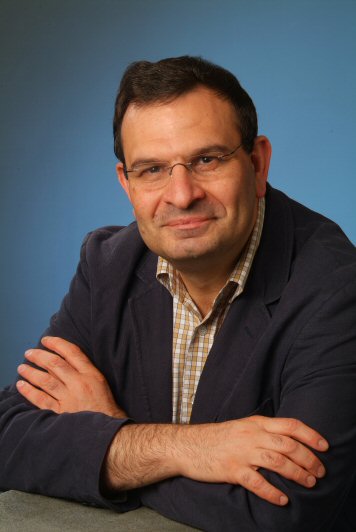 Title: AI on our Planet and for exploring the Universe

Abstract: Ofer Lahav is Perren Chair of Astronomy in the Astrophysics Group at University College London (UCL) and Vice-Dean (International) of the UCL Faculty of Mathematical and Physical Sciences (MAPS). He is also Co-Director of the STFC-funded Centre for Doctoral Training in Data Intensive Science at UCL. He received his Ph.D. from the University of Cambridge in the United Kingdom. Ofer’s research area is Observational Cosmology, in particular probing Dark Matter and Dark Energy. His work involves Machine Learning for Big Data. 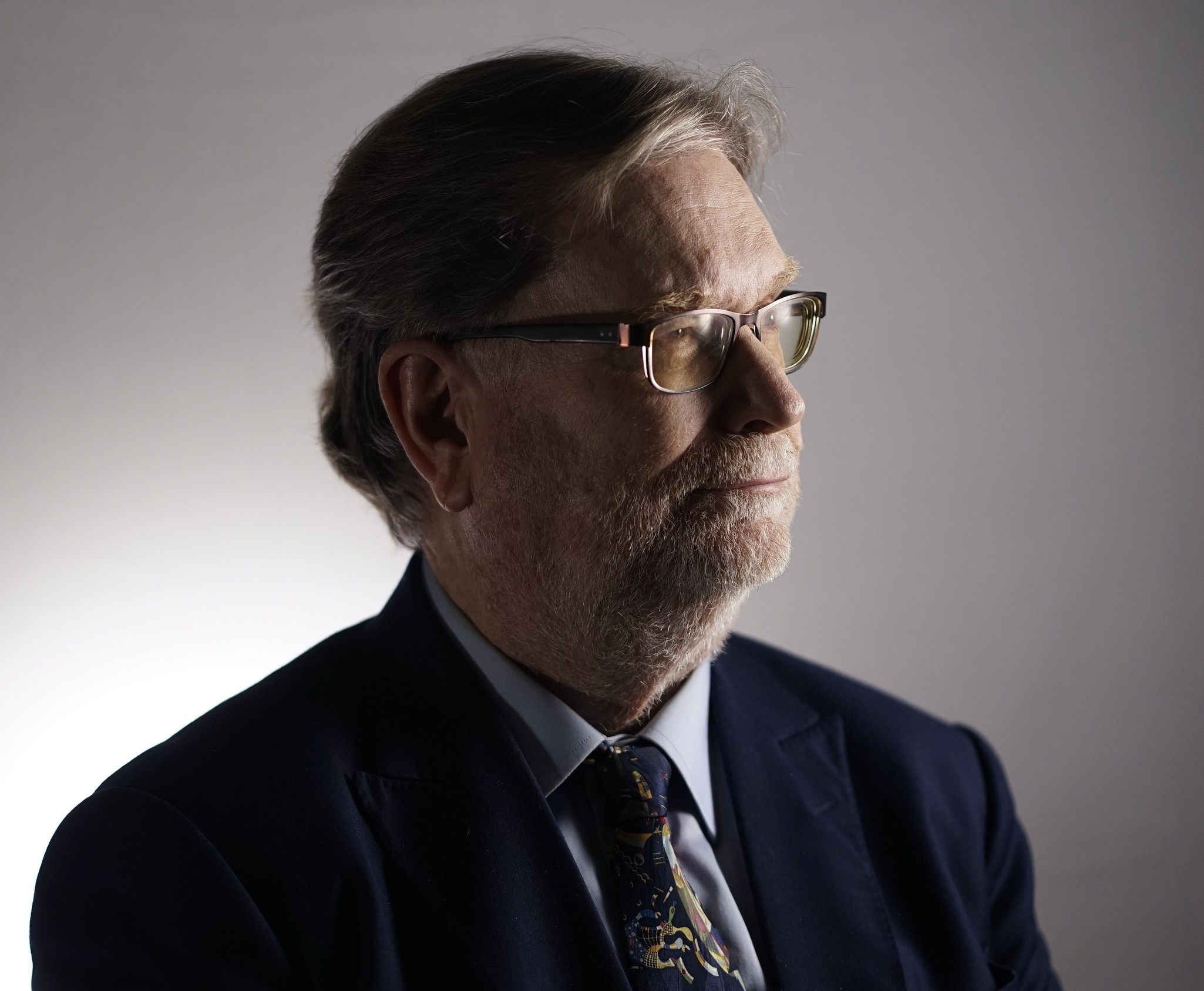 Abstract: The detection of gravitational waves from the mergers of binary black holes by the Advanced LIGO detectors has provided a first glimpse on the most energetic phenomena in the Universe. On 14 September, 2015 the advanced Laser Interferometer Gravitational Wave Observatory (aLIGO) at the very beginning of its operation observed the merger of a binary black hole pair of masses 36 and 29 times that of the Sun. This event initiated the era of observational gravitational wave astronomy and allowed probing strong field General Relativity theory, the population of stellar remnants including black holes as well as finally confirming a 100-year-old prediction of the existence of gravitational waves by Einstein. Over the last two years two more events and one candidate events of binary black hole mergers have been observed enriching our knowledge of these phenomena greatly and promising even more as aLIGO and new detector added and upgraded. These discoveries led to the 2017 Nobel Prize.

On 17 August, 2017, LIGO and Virgo made the first detection of a binary neutron star merger, GW170817. Two seconds later, an associated gamma-ray burst (GRB) was detected by Fermi and INTEGRAL satellites, GRB 170817A. Soon after sunset in Chile, the 1-m Swope telescope at Las Campanas Observatory discovered the optical counterpart, Swope Supernova Survey 2017a (SSS17a). Observations taken over the next several weeks extended the range of frequencies observed and 30 different telescopes and detectors following the relic radiation. With the electromagnetic data, we are able to say that GW170817 came from the merger of a binary neutron star system. These data show that a significant amount of r-process material was generated and ejected in the merger – a so-called ‘kilonova’ – providing enough material to solve the question of where the majority of r-process (heavier) elements are created. Examining the host galaxy, we find that the progenitor system was likely several Giga-years old. This data-rich event is just the beginning. GW170817 and SSS17a heralded the beginning of a new era of astronomy. 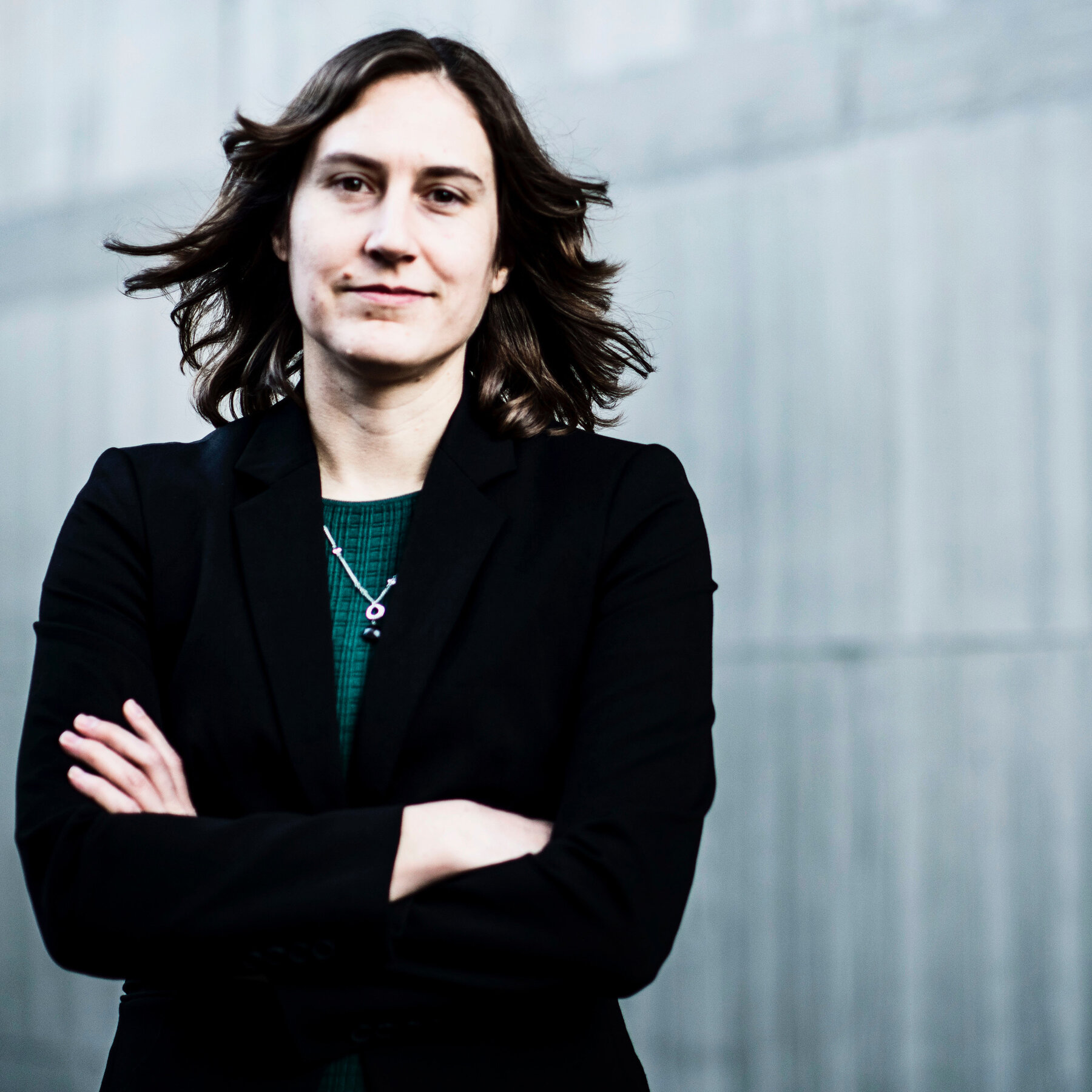 Title: How to See a Black Hole

Abstract: Black holes are the most extreme objects in our Universe. Their gravitational pull is so strong, not even light can escape. So how do we see them? How do we even know they exist? Come along for an update on the latest science, images, and theories about these incredible cosmic objects. 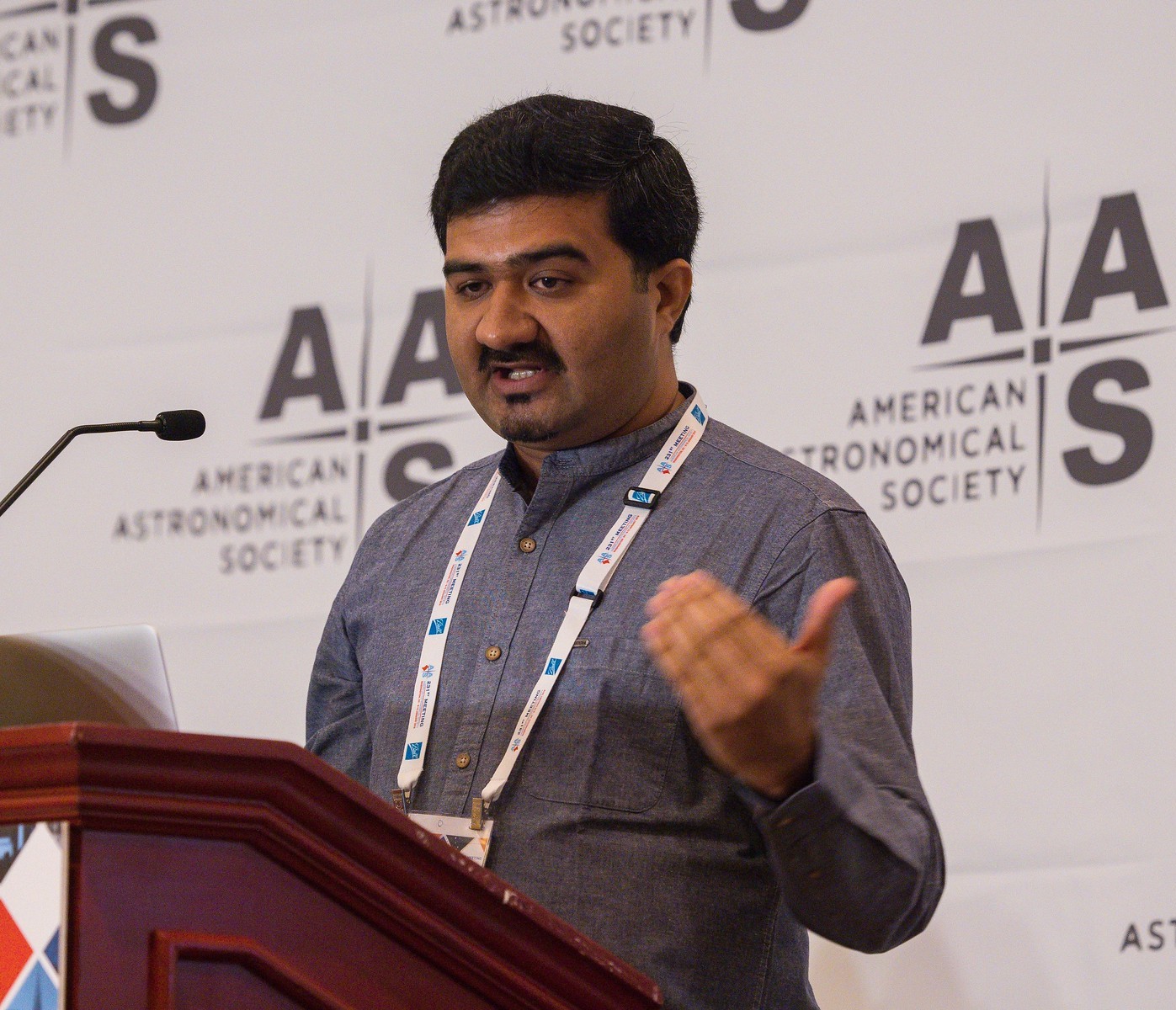 Title: A New Era In The Search For Intelligent Life In The Universe

Abstract: Are we alone? The discovery of planets outside our solar system has brought new urgency to this age-old, but profound question. I will talk about how to find Extraterrestrial intelligent life (ETI) with our Breakthrough Listen Project, the most comprehensive search yet. We will look at 1 million nearby stars, 100 nearby galaxies, and the center of our own Galaxy with the world’s most powerful telescopes, generating the equivalent of 24 DVDs of data every second, requiring Artificial Intelligence and Machine Learning to go through it all. Come hear our latest results! 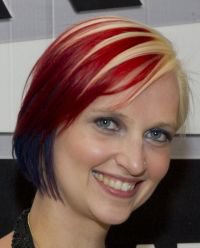 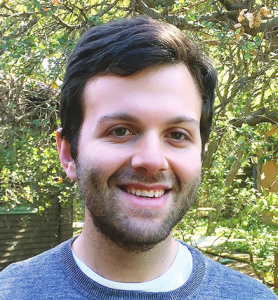 Title: CMB Lensing: Fundamental Physics from Maps of the Invisible

Abstract: Dark matter not only forms an invisible cosmic scaffolding within which galaxies form, its distribution in the universe also contains a wealth of information about neutrinos, dark energy, and physics at the earliest times. Measurements of gravitational lensing in the cosmic microwave background (CMB) allow this matter distribution to be directly seen and mapped. In my talk, I will first discuss recent measurements of CMB lensing and their scientific implications. I will then explain why upcoming measurements of the CMB lensing signal, with experiments such as AdvancedACT and Simons Observatory, will be remarkably powerful probes of cosmology. Lensing is not only a signal, however, but also a source of noise that limits how much we can learn about the very early universe. With illustrations from recent work, I will explain why delensing – removing the lensing effect to reveal the primordial sky – is crucial for the future of CMB cosmology. 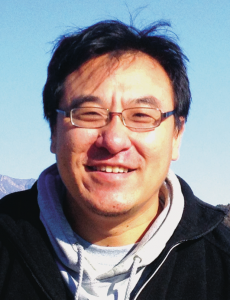 Title: The Cosmic Dawn and Epoch of Reionization

Abstract: As the first stars and galaxies formed at the end of cosmic dark age, the gas surrounding them get ionized by their radiation, forming ionized bubbles. These bubbles grow until they finally the whole Universe is reionized. After reviewing this general picture of reionization, I describe our model of “neutral islands”, which are large under-dense regions ionized at a later stage of the epoch of reionization. We apply the excursion set theory of large scale structure to this problem and developed analytical and semi-numerical models for reionization. I then discuss the 21cm signatures for the cosmic dawn and epoch of reionization, and also our lunar orbit array project which is designed to probe the EoR.

Title: Seeing the beginning:the Cosmic Microwave Background and what it can tell us about our Universe

Abstract: By studying the cosmic microwave background (CMB), we can look back in time and reveal the fiery early universe when it was only 0.003% of its present age. In this talk, I will discuss how, by studying the CMB, we can find out about the origin, composition, and ultimate fate of the universe. I will also briefly outline some of the CMB data analysis methods that may be applicable in other fields.

Abstract: I’ll give a brief overview on the major cosmology-related research institutes in mainland China, which includes the Chinese Academy of Science institutes as well as universities. I’ll also describe some on-going projects, including the DAMPE dark matter satellite, the PANDAX dark matter search experiment, the FAST telescope, the Tianlai experiment. I’ll also describe some future projects, such as the Ali-CPT experiment, the QiTai Telescope (QTT), the Discovering the Sky at Longest wavelength lunar satellite array, the China Space Station Telescope, etc. China is also involved in a number of international collaboration projects, including the SKA and TMT. 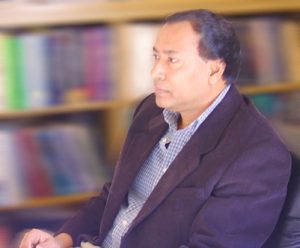 Title: The Mystery of Fast Radio Bursts and its possible resolution

Abstract: Fast radio bursts (FRBs) are millisecond duration transient events of unknown physical origin that were discovered in pulsar surveys at GHz radio frequency in 2007. It has now been established that these bursts are located at a distance of several billion light years away. And therefore the energy release in the radio band in these events is quite large. Using very general arguments I will show that the radio emission is coherent, the magnetic field strength associated with the source of these events should be 1014 Gauss or more, and the electric field is of order 1011 esu. I will describe the recent work of my group that magnetic reconnection is likely to be responsible for the strong electric field and the coherent radiation produced in these enigmatic events. I will also address polarization properties of the well known repeater. 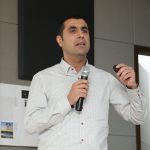 Title: Search for evidences beyond the concordance model of cosmology

Abstract: In the standard model of cosmology, dark energy and dark matter constitute about 96% of the total energy budget of the cosmos. The nature of both dark energy and dark matter are still unknown to us but we know that they exist. I go through the discoveries and the developments that informed us about their presence and I discuss about how we are trying to learn more about these mysterious components of our universe using astronomical observations and high performance computations. 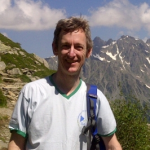 Abstract: We consider the possibility of a spectrum of gravitational waves as a relic from the early Universe. Detection of these waves could reveal information about the earliest moments of the hot Big Bang, as well as the composition and structure of the Universe. In this talk, we review several scenarios for the emission of primordial gravitational waves and the methods of detection. In particular, we highlight new geometries for gravitational wave detectors that could enhance the sensitivity to these elusive waves.

Title: Dark Side of the Universe

Abstract: In the standard model of cosmology, dark energy and dark matter constitute about 96% of the total energy budget of the cosmos. The nature of both dark energy and dark matter are still unknown to us but we know that they exist. I go through the discoveries and the developments that informed us about their presence and I discuss about how we are trying to learn more about these mysterious components of our universe using astronomical observations and high performance computations.

Title: A unique and observable imprint of inflation

Abstract: Inflation is the leading paradigm for the physics of the early Universe. In the inflationary scenario, the size of the Universe grows exponentially, stretching quantum fluctuations to macroscopic scales. These fluctuations are the seeds of the large scale structures of the Universe, observed in the distribution of galaxies and in the cosmic microwave background. In this talk, I will review the inflationary paradigm and explain how quantized fluctuations of the gravitational field are produced and leave a unique signature in the cosmic microwave background. I will also present recent results which consider the possibility that such a primordial gravitational wave background has a net handedness.